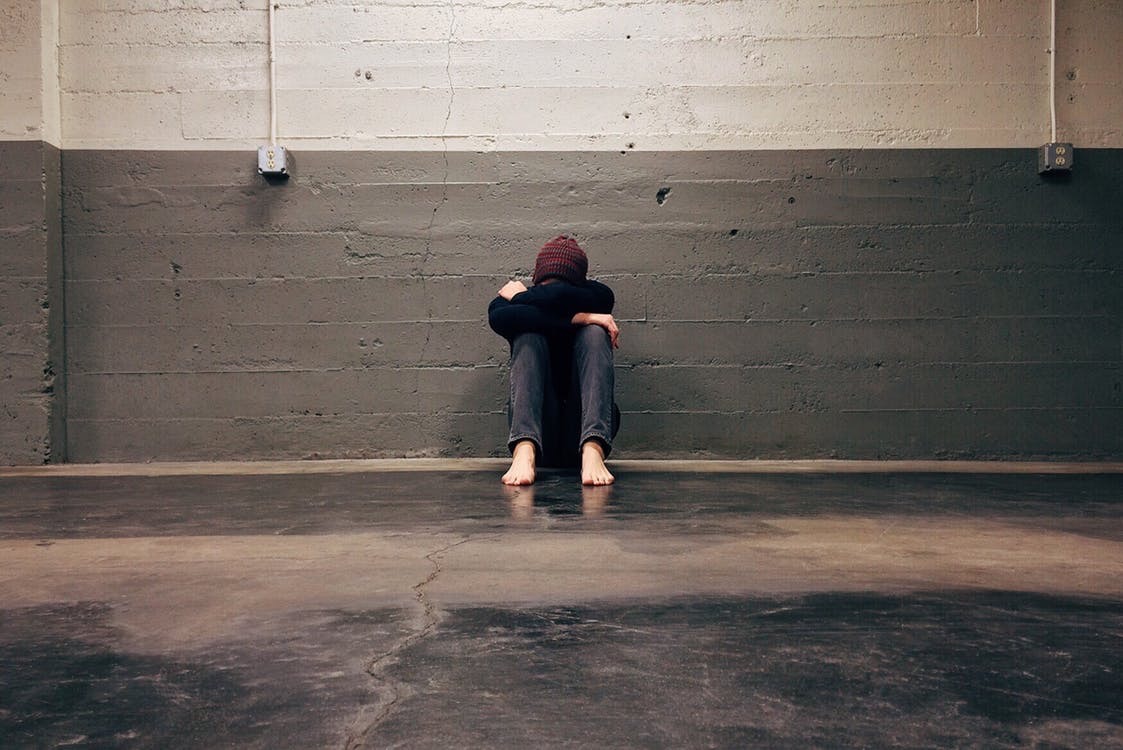 I talked last week about listening for cues in the conversations we have with close friends. Oftentimes, when someone brings up something random, it’s a topic that has likely been stirring in their heart for some time and it’s our responsibility as their friend to help them to process that thought. Whether it’s a difficult decision, situation, or season that they are in, they brought it up to you, no matter how subtle or overtly, for a reason. In talking about that, it led me to write this post as an unplanned follow-up this week, because it addresses a particular topic I’ve learned about in church over the past few years that has since become an integral part of my own life and how I deal with questionable things I encounter on a daily basis.

Our pastor, Andy Stanley, spoke of this rule in his “Guardrails” messages and encouraged the application of this in our lives, as he does his own. This also applies to women, but more importantly, by implementing a values standard in your personal and professional life that says that you will not ride alone in a car, have a meal, or meet with someone of the opposite sex, helps protect the story you will one day tell your children and grandchildren. Like guardrails you see on the highway, if many cars run into them and you don’t repair the guardrail, it will eventually break and you will end up in what Andy calls the “danger zone.”

This danger zone is the place you want to avoid and the reason the guardrail is there in the first place. My good friend, Rhythm (yes, that’s his name and he’s an amazing DJ!), and I had a conversation about this sermon and it was the point that I just made that he shared with me the other day. It’s not enough to just put up a guardrail in your life and move on. If you have an addiction or questionable relationship, to name just a couple of examples, whatever that struggle is (regardless of whether you want to admit it’s a struggle), you have to address the struggle as well, so that if and when you find yourself on the wrong side of your guardrail, then you’re already doing something proactive about the struggle itself and helping to reinforce the need to resolve whatever that problem is in your life.

I’m not going to continue to beat the Guardrails messages to death, because you can follow the link above and watch them for yourself, which I highly recommend.

I do want to dive back into my own story and share one example of where I had no concept of guardrails or boundaries and how this lack of discipline really cost me. I won’t go into extreme detail here on the blog because the entire story will be in the book that I’m writing about my life story, some of which includes stories you’ve read here!

The story I want to share with you is a really hard story to tell. For one, it involves people that may possibly read this and for the protection of their privacy, I have decided to change their names and some other potential identifiers that may give away too much information. Another thing about this story is that it is very detailed and spans the course of a year, which is why I’m going to try and just hit the key points and do my best to relate these events to what it means to have guardrails in our lives.

As the title of this post may lead you on, I have tried hard over the years to really believe that I shouldn’t regret any parts of my story. After all, those parts of my story are what got me to become the person I am today. Sure, we’d all love to become as wise and knowledgeable as possible without making all of the mistakes we’ve made, but that’s not realistic or ideal. I cherish the times that I did something stupid, paid the consequences, and can look back on those memories years later and be glad to have the hindsight that allows me to not make that same mistake again (hopefully). One such memory is burned into my brain forever and is likely the only time in my life that I wish I could go back to and do things differently.

I had a friend, Will, that I got along with relatively well after having met him in high school. He moved from Florida and had blended in somewhat easily but gravitated toward the circle of friends I hung out with. After that circle of friends that were a year ahead of us in high school moved on and went off to their respective colleges, he and I found ourselves hanging out much more often, to the point of becoming best buds. We began to do everything together and this led to attending a punk rock concert at a bar in Tifton, Georgia, which is about 20 minutes from where we lived. I was never one to strike up conversation with a random stranger, especially in a bar. It didn’t matter how many drinks I’ve had, I was just a plain introvert when it came to situations like this. Will, on the other hand, was much more outgoing and had no problem hitting on girls, and shortly after we got settled at this particular bar, he had rubbed shoulders with two attractive women that looked our age and started chatting with them. It wasn’t long before the introductions were out of the way and I realized that I had met one of the girls many years before. Her name was Danielle and, after refreshing her memory, we laughed at how small of a world it had just become, even in a small South Georgia town.

The rest of that night was a blur, though I know we all went our separate ways. Will did end up spending most of the night with Danielle and eventually left with me, her number on a napkin in his shirt pocket (your stereotypical movie plot). As a matter of fact, the following few weeks were a blur as well, but I do remember that he very quickly gave her a call a couple of days later and they began hanging out somewhat regularly. The memory of having met her years ago festered in my mind, as I’m sure it did hers, because eventually she invited me to tag along on a few occasions on their “dates.” None of this was ever really formal in the sense that they were doing the traditional dating routine, but a few months went by, and they had been spending most nights each week together alone, while I occasionally joined them to just chill and drink and watch movies or whatever it is that we did. A few of the mutual friends between Will and I were talking about how incredibly fast they were getting so close, and we were in complete shock when Will told us they wanted to get married at the courthouse.

None of us were really making a “good” living at our jobs, thus the decision to save a lot of money and take the quick and cheap marriage route. By the time we had all picked our jaws off the floor, they were married and buying a house together. At this point, being best friends with both Will and Danielle, from all the time we had all spent together, I was basically given permission to come over whenever and they gave me a key to their house since I was not really getting along well with my dad, living at his house after my parent’s divorce and spending less time working and more time wasting away doing nothing.

The gist of the story, and where the guardrails should’ve been put in place, is that I began spending most of my time at their house, and eventually had come over while Will was working and Danielle had the day off. We had lunch and were having conversation, and before I realized it, I was kissing her and she was kissing me back. It wasn’t too many minutes after that the “affair” began. For months, we found every opportunity when Will was at work or gone out of town to get together.

I don’t think I have to really do any explaining about what the guardrails (plural) should’ve been and how much less catastrophic this story could’ve ended. In an effort to keep you in suspense until my book comes out next year (Lord willing!), I will save the rest of that story for when you buy a copy.

Needless to say, this is likely the one series of events that collectively make up my one true regret in life, but at the same time, I know that God has put that into my story for a reason and it’s a mistake that I will never make again. Being married to my absolute best friend and knowing that our love is so deep and true, the experience I had those many years ago is confirmation in my soul that the guardrail I have placed in my life to ensure that I am never on the intiating or receiving end of an affair will never become a reality again.

I don’t know what that story stirs up in your memories, or even your current circumstances, but I want you to take this one thing away from here:

Regrets are never bad, but if you don’t take those regrets and pick out the reasons for why it became a regret and make a guardrail around it to ensure that you don’t repeat those mistakes again, then you’ll never absorb what God is teaching you and make better decisions in the future!

I pray that God has stirred something up in your own story through this example that will help you to become more aware of where your story is going so that you may always be steering in the direction of His will for your life.